The way life is organised in cities means there is high potential for disconnection between people and with the natural world, urban farming is an effective way to improve this situation through community participation in caring for plants as well as greater practical understanding of non-human systems found in soil and water. Nowon is an area of Seoul known for urban farming experiments in apartment blocks but the concept is active in every district of the city and replicable to villa or smaller houses alike [1]합니다.

There are many forms of urban farming, from veranda lettuce verticals [2] to community allotments they can be scaled to suit whatever space is available. In this instance the apartment farm exists mainly on the roof where rainwater can be efficiently harvested to feed it, collective upkeep is handled by the residents group who receive a share of produce in return. Community kitchen workshops create experimental produce and unique recipes that can be sold locally or eaten by residents. The farm doubles as a hands-on learning center for schools and offices in the surrounding area to encourage self sufficiency and engagement with natural processes in the community [3].

Healthy soil is essential to strong biodiversity and environmental health, and is very easy to produce. To reduce the transport of urban green waste, composting hubs in apartments can be set up to create healthy soil for rewilding or farming projects in the local area [4]. It’s also possible to use the heat generated from microbial breakdown in the heap to heat water for the apartment systems.

Digital currencies and assets are criticised for their large consumption of electricity, however more environmentally supportive technologies are emerging [5,6]This digital coin system would be hooked into the Biodiversity Index and Ecosystem Sensor Network to track the value based on the positive impacts of PoJangNongBang. Residents can earn it through contributions to the system. Outside investors use it as a source of speculation or deposit donations to offset their carbon impact, this funding is then released into the local community as biodiversity increases [7,8]. 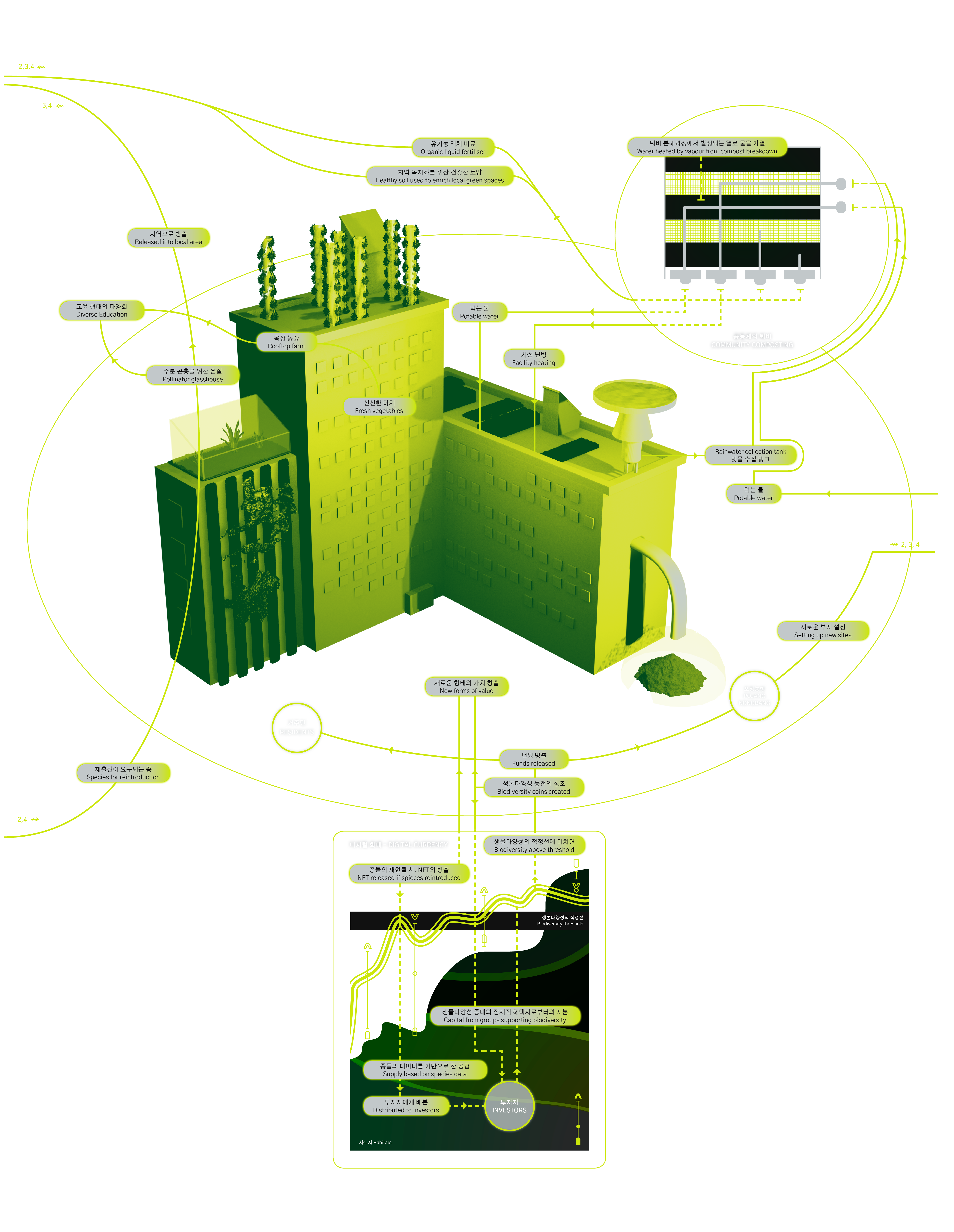